THE MISTAKE WE MAKE: EXTRAVERSION AS A MONEY MAKING TRAIT

I remember my conversation with a bar tender in a Mexican restaurant in 2006. I was planning to rent my house and a real Estate agent overheard what we were talking about. Her voice cut through the conversation like a knife, “If you are interested in selling, it’s a really good time right now.” She handed me her business card and continued to tell me more about the real estate market than I was interested to hear. She is an extravert and most people would agree that it takes an outgoing person to succeed in business. However, there is no evidence to show that an extravert will succeed any better in business than an introvert.

It is so widely accepted that extraverts make great sales people that few people have stopped to look at the evidence. Extraverts are talkative, gregarious, optimistic, confident, and social; however, the extravert may appear to customers as insincere, shallow, unrealistic, hypocritical, and unwilling to listen.  Customers may be put-off by the negative characteristics of the personality trait. As the saying goes, people love to buy, but they hate to be sold.
The evidence for money making and extraversion is contrary to the popular perspective. In other words, most people would assume that extraverts would make great sales personnel. Barrick, Mount & judge (2001) gathered trait results from job performance studies, isolating a correlation between extraversion and successful sales personnel. They concluded that there is nearly no correlation (.07) between extraversion and making money. Andreas, Rauch & Frese (2007)  conducted a meta-analysis of 104 separate studies of nascent entrepreneurs, an overall 26,700 subjects, and concluded that extraversion is not matched to entrepreneurial success (inter-rater agreement of .73). In a recent study, Grant (2013) showed that extraverts and introverts performed daily sales averages almost evenly, with the extravert coming out on top, resulting in a five dollar a day difference between the two traits.


What may we conclude from recent research that contradicts commonly held beliefs regarding money making traits? First, we should check our biases regarding individual personality behaviors and money-making success. Second, we should not only identify a trait through an assessment, but we should observe how the person displays the trait. “Extraverted salespeople may focus more heavily on their own perspectives than on customers’ perspectives. As a result of these tendencies, extraverted salespeople may spend too much time delivering assertive, enthusiastic pitches and too little time asking questions and listening to customers’ answers.” (Ames & Flynn, 2007; Judge et al., 2009). Third, if an extraverted salesperson is not performing as well as expected, he or she may benefit from trait research that identifies the Ambivert, the middle ground between the Introvert and Extravert, as the real money maker.
Posted by Timothy Barnes at 10:56 AM 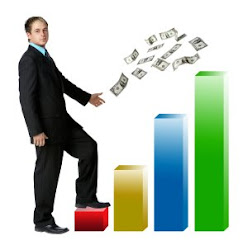 Timothy Barnes
Professor Timothy Barnes is a gifted group facilitator, author, and visionary leader. He holds two Masters Degrees in Psychology and Theology. Timothy is a Professor of Organizational Psychology at the University of Phoenix and NC Wesleyan College. In 2004 Timothy founded a consulting business to help people find satisfying careers and to help companies create a strength based selection program, manage change, motivate employees, and increase employee retention. Timothy helped 100’s of people find satisfying careers. He also consulted with small startup companies, large global companies, and government agencies. In 2007 Timothy returned to school to acquire his Masters in Industrial Organizational Psychology with a specialty in Leadership Development at Capella University. Timothy continues to pursue his teaching career and consults with small business owners.